About Us
Home / About Us

DDK Productions will deliver an unrivaled experience shaped around David Kean’s principles of dedication and excellence. DDK Productions develops strategies for clients that utilize customized live experiences to leverage an existing sponsorship. In addition, DDK Productions creates and produces on site activations that enhance a brand’s position in the marketplace. DDK Productions works closely with sports leagues, entertainment properties, and agency partners in order to achieve our client’s goals and objectives. 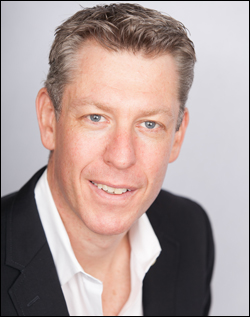 David was born and raised in New York City and now resides in Phoenix, Arizona with his wife and three daughters. An avid sports fan, David supports his favorite teams, which will remain anonymous (hint: he developed a love for winners in the late 70’s and early 80’s), with a great passion and spirit that can sometimes be heard by his neighbors. David brings that same unwavering sense of loyalty and perseverance to all that he does in his professional life. As his colleagues and friends will tell you, David is the kind of person you want in your corner to ensure that things are done right.

Before joining GroupM ESP in 2007, David worked for Atlantis Resort in the Bahamas on the overall implementation and on site execution of the Michael Jordan Celebrity Invitational Golf Tournament.

DDK Productions has been a longtime goal of David’s. He is thrilled to have created this company and looks forward to the opportunity to work with you.

This is a people business, and David is good people. I can honestly say that I am never worried with David at the helm. He gets it done. Regions Bank is excited to be partnered with DDK Productions and cannot wait for what the future holds.